The Pom Pom Incident is the 4th episode of Season 3 of Sabrina the Teenage Witch.

When Libby announces that the cheerleading squad will have tryouts for its second string squad, Valerie surprises Sabrina by deciding to try out. In the meantime, Sabrina learns that her cousin Mortimer, the family's witchgician, will be visiting her to discuss the family secret. Not long after his arrival, Sabrina asks him for advice in getting Valerie to see how becoming a cheerleader will ruin her life, and is given a magical penny to help in her endeavor. Sabrina uses the penny to go into Val's mind and control her thoughts, convincing her that becoming a cheerleader is a bad thing.

Meanwhile, Cousin Mortimer who has no confidence in his skills as a witchgician and is given no confidence by any other members of the family is hired by Sabrina to to perform at Harvey's little brother's birthday party but accidentally sends him and then Salem to another country. Sabrina realizes that even though Hilda and Zelda don't want Mortimer to be a witchgician, it's his choice ultimately and understands that she was wrong by not letting Valerie make her own decision.

To Clean Up Junk (failed and teleported Salem to Calcutta)

Abracadabra, abracadunk
Please, someone help us with all this junk!

To Switch Harvey's brother with Salem

Abracadabra, abracadif
It's time for the birthday boy to get a gift!

To Bring Harvey's brother back 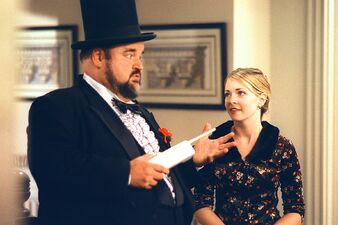 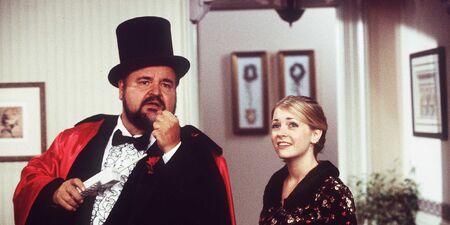 Add a photo to this gallery
Retrieved from "https://sabrinatheteenagewitch.fandom.com/wiki/The_Pom_Pom_Incident?oldid=14195"
Community content is available under CC-BY-SA unless otherwise noted.