Sabrina plays croquet with the Queen Of Hearts

Sabrina in Wonderland is the 13th episode of the Season 7 and the 154th overall episode of Sabrina the Teenage Witch.

When Sabrina meets a cute guy named Aaron at the office, she begins to wonder why she continually runs from him every chance she gets and begins subconsciously using magic when he gets near. Curious to find out why she is hesitant to get close him, Sabrina turns to her magic book for help. However, when she arrives home, Sabrina gets a little surprise at seeing Salem with a white rabbit that he would like to keep as a pet. After she finds a spell that can help her find out what makes Aaron tick, Sabrina gets taken on a wild ride through Wonderland, where she learns a few truths about why she acts so strangely around guys she's interested in, such as Aaron. 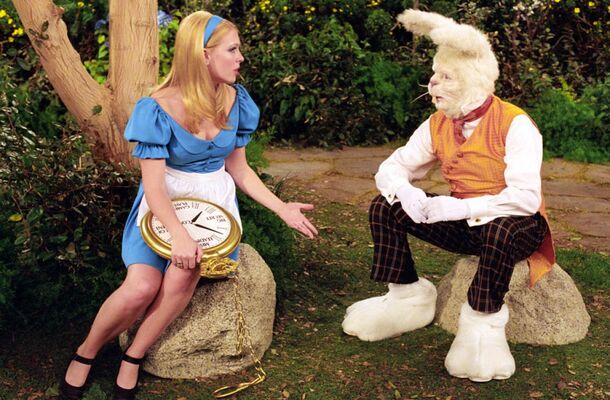 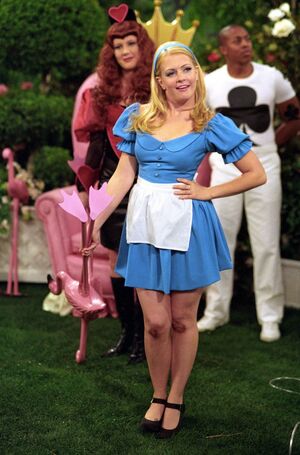 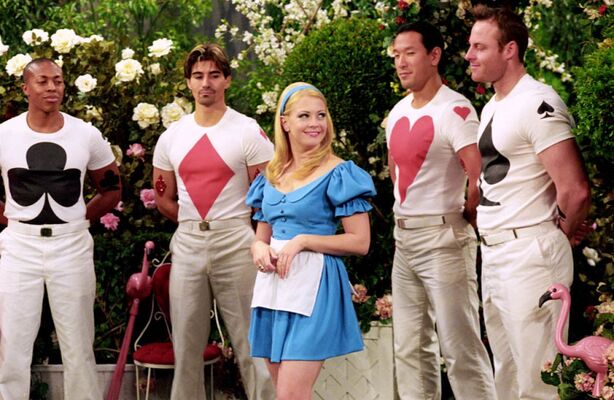 Add a photo to this gallery
Retrieved from "https://sabrinatheteenagewitch.fandom.com/wiki/Sabrina_in_Wonderland?oldid=13331"
Community content is available under CC-BY-SA unless otherwise noted.