Roxanne "Roxie" King is the tough as nails college roommate of Sabrina Spellman.

Sabrina first describes her as "cranky," but the two quickly become best friends. Roxie is a passionate supporter of many causes, including: feminism, animal rights, anti-nuclear weapons etc. Her social awareness is later put to good use, as she is the host of a radio chat show in which she discusses and debates various topics with listeners. After college, in the final season, Roxie moves into the Spellman house with Sabrina and Morgan Cavanaugh.

At first, Roxie showed a strong disliking towards Sabrina because she claimed she knew Sabrina's type (high school girl, cute, smart with a good-looking boyfriend) but Sabrina revealed how dysfunctional her life could be and Roxie slowly warmed up to her. They later became very good friends along with Morgan and Miles. Though having a generally good relationship, Roxie would often clash with Morgan, due to pretty extreme difference in personalities. Roxie presented herself as extremely socially and environmentally conscious. It is revealed that Roxie has had a relationship with a police officer whom she had met at a previous protest. Throughout the college years, Roxie put up the front that she despised the thought that her housemate Miles had romantic interests in her. However, it was revealed she had a dream about Miles and a romantic future between the two of them was hinted at many times (most notably when Sabrina casts a spell to view Miles' future and sees a family photo). Sabrina casts a spell on Roxie to make her see the good points of Miles, bringing out an exaggeration of her possible true feelings for him. Roxie also dated Issac Hanson (although before he became famous).

Roxie moves into the Spellman house with Sabrina and Morgan after Sabrina's aunts left. Roxie was revealed to have a tattoo saying 'I heart Hanson'. She was considering having it removed so the status of this tattoo is unknown. When Sabrina feels bad about the extreme results of a "Trust Spell" she casts on Roxie (very nearly getting her killed), Sabrina tells Roxie that she is a witch. Roxie thinks that Sabrina is joking around and becomes annoyed with her. Sabrina quickly manages to take it back and gives Roxie an explanation that saves their endangered friendship. Roxie is made one of Sabrina's bridesmaids and does a lot to help out with the wedding. In the final scene of the series, Roxie says "I guess that's the 'something old' she needed" when seeing the reunion between Sabrina and Harvey. 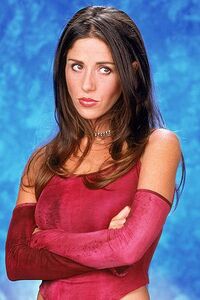 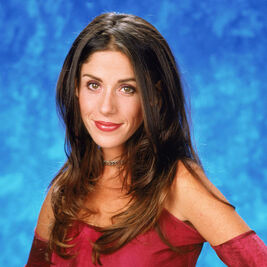 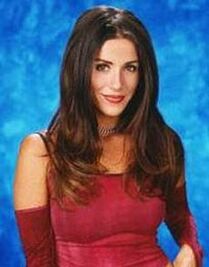 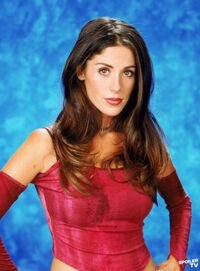 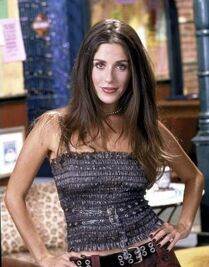