Magic Joel is the 8th episode of Season 1 of Sabrina the Teenage Witch.

Sabrina takes a job as the assistant of a classmate who is trying to build a career as a magician. At first his tricks seem tolerably good and he's booked to perform in the high school cafeteria. Unfortunately, the pressure gets to him and the public performance is a disaster, and in the end Sabrina uses her magic to make him invisible so that at least the final trick of their set works. He runs off while still invisible and starts causing all kinds of trouble, leading Sabrina to have to try and hunt him down with some baby powder. The problem is that he really doesn't want to be caught and has taken a liking to Sabrina.

Meanwhile, Zelda entertains an old colleague who has been too shy to admit his attraction to her. 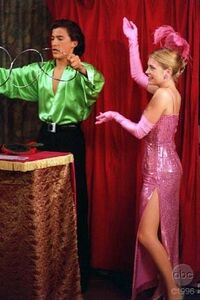 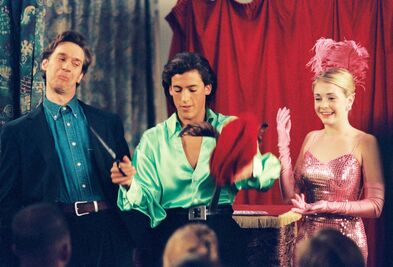 Add a photo to this gallery
Retrieved from "https://sabrinatheteenagewitch.fandom.com/wiki/Magic_Joel?oldid=15027"
Community content is available under CC-BY-SA unless otherwise noted.