Jenny Kelley is Sabrina Spellman's best friend during her sophomore year at Westbridge High School on Sabrina the Teenage Witch.

Jenny is a girl who prides herself on being odd. Instead of going with the crowd, she enjoys following her own path and being a rebel, which makes her a great friend to Sabrina who often gets herself and her friends in odd situations because she's really a witch.

Jenny never discovers her friend's secret but almost does one night as she slept over Sabrina's house. Jenny accidentally stepped into the Spellman's linen closet which acts as their portal to the Other Realm. There, Jenny meets the head of the Witches Council, Drell, who turns her into a grasshopper. She is eventually turned back with Sabrina's help and is convinced that the entire thing was a dream, resulting in her being disappointed that sleeping at Sabrina's house was plain ordinary.

After the end of sophomore year, Jenny is not seen or heard from again. Her disappearance was a mystery to the audience. She was replaced, both in the main cast and storyline, by Valerie Birkhead, as Sabrina's best friend.

Sabrina – So you're happy?
Jenny – Very! I'd much rather be jaded than naive
―School politics 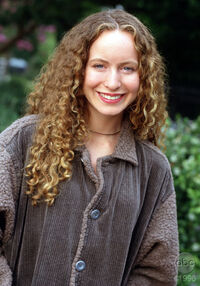 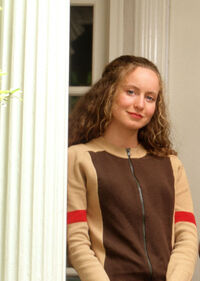